As we prepare to introduce Provide & Supply in the Mediterranean with our first outpost in Barcelona, we couldn’t think of a more fitting way to kick off 2018 than by showcasing this city’s (well, country’s really) absolute best. We had the extreme privilege and pleasure of firing some questions at none other than Chef Albert Adrià: the genius behind the highly acclaimed, Michelin starred, no. 25 of The World’s 50 Best Restaurants, almost-impossible-to-get-a-reservation-at contemporary tapas bar Tickets. 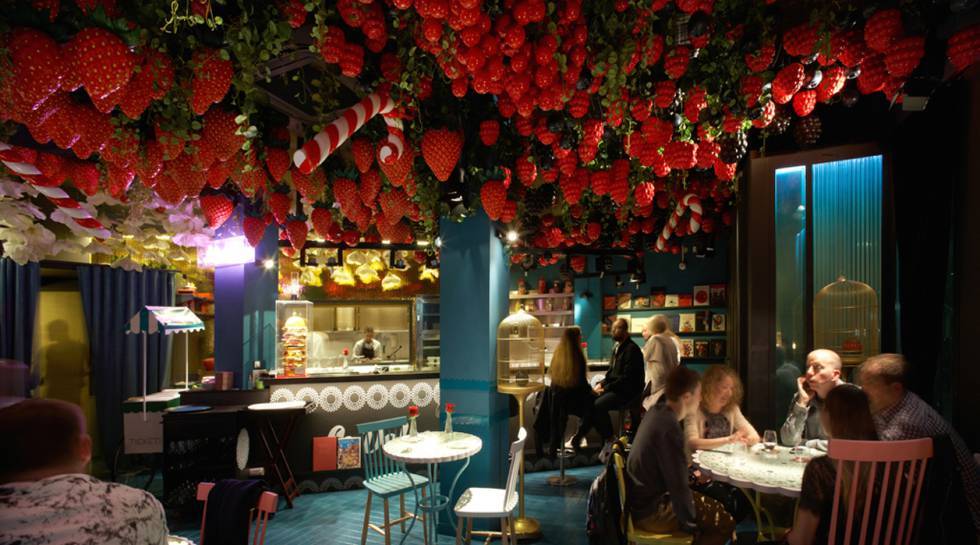 Tickets is part of Albert and his brother Ferran (master mind of elBulli) Adrià’s global gastronomy project elBarri, an ongoing project that Albert started in the Parallel neighborhood of Barcelona in 2011 and which consists of six unique restaurant concepts: Tickets, Pakta, Bodega 1900, Niño Viejo, Hoja Santa and Enigma.

Albert Adrià was born in the neighborhood of Santa Eulàlia, in Hospitalet Spain, son to Ginés and Josefa. In 1985 it was his brother Ferran who introduced Albert to the chef profession by making him part of the elBulli brigade.

After an apprenticeship of two years among the different kitchen sections, his interest mainly focused on pastry. The excitement of seeing his day to day improvement and the opportunity of working in such a unique place like elBulli (by that time a three Michelin starred restaurant already), provoked in Albert an increasing interest for his profession, which to this day still reafirms year after year.

Now – a few years, restaurants, awards and stars down the line – there is no denying that the Adrià namesake plays not just a huge role in modern gastronomy but has also paved the road to the global discovery of fine Spanish cuisine. It is so difficult to define Spanish cuisine, yet through innovative cooking, experimentation, a ‘deconstructivist’ approach and the bravado to pursue the best of the best in an avant garde fashion, Spain isAdrià when one thinks of the culture’s accolades in haute cuisine. We asked Chef Albert Adrià how he feels about all this.

What, to you, as a front row spectator and star player of the team, is the fundamental of Spanish cuisine?

“Its products and its tradition. That’s what it’s all about in any of the grand cuisines of the world. For this we must thank our climate and our location of course, it provides us so many beautiful products of the garden and of the sea. Plus, a giant history book with thousands of recipes doesn’t hurt either.” 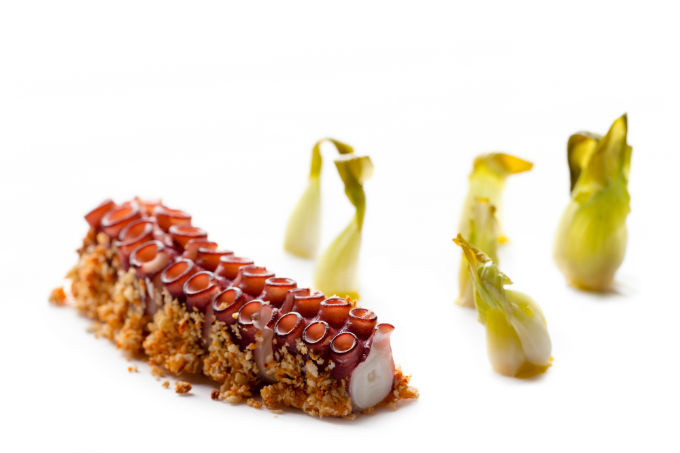 And what do you see as a fundamental of your regional influences, is it still ‘grandmother’s kitchen’?

“Absolutely it is still grandmothers’ kitchen. Especially now that traditional cooking is more in style than ever in Spain. After many years of modern cuisine we have finally gone back to our roots again, to a revival of la cocina tradicional. And, it remains very interesting how within the Spanish cuisine the regional cooking differentiates us even though we speak the very same language. It gives entity to each region. It’s such a different experience eating in Galicia from eating in the Basque country, or in Castilla León, or Andalusia.
Not to mention the Canary Islands – which gastronomically speaking are the bridge between Spain and South America.”

You are known for your impact and presence in the restaurant scene in the Costa Brava. Have you had any experiences abroad that influenced your recipes, presentation or overall style?

“It’s obvious that the world has changed tremendously in the past thirty years thanks to air travel – which nowadays is more common than ever – and thanks to social media. Both, in their own right, have made the world a much smaller place and in gastronomy this has led to an expansion of our kitchens. For instance, where before you would only look to France as a source of inspiration, nowadays Japanese cuisine with products like soy and its multiple derivations, or Peruvian cuisine with its influence of ceviches and ajíesand Mexican cuisine with its richness in recipes, its products and chillies have all become a huge source of inspiration.” 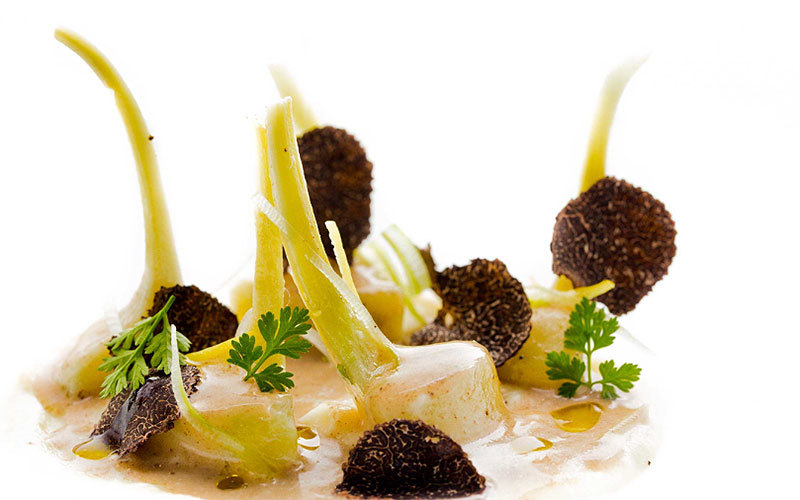 It’s obvious that an innate talent for gastronomy runs in the family, what did your mother and father do?

“Our parents never worked in gastronomy believe it or not. My mother was a hairdresser and my father worked as a house painter. Nevertheless, they did instill the importance of eating well and the love for cooking good food in us from a very early age.”

How did they influence you and your brother to pursue and achieve such greatness?

“Now that I’m a father, I completely understand that as a parent you want the best for your kids. And in this sense my parents were always by our side, supporting us in everything we did.”

“Good question … I think I wouldn’t have gotten very far in life. Working at elBulli meant both learning as a chef and as a person. This, along with a certain dose of luck and a lot of effort, got me to where I am today.”

What do you enjoy when you are not cooking and running such demanding restaurants?

“As most people do I love going on walks to clear my head and think. It relaxes me. But I enjoy cinema and music too, and spending quality time with my family on my days off.”

What has been your favorite dish you’ve ever made, inside or outside a restaurant kitchen?

“So many of them! Food, if prepared well, has the ability to touch you many times over, and simplicity is almost always the way to go and what can leave you with the most unforgettable memory. I prefer to work with products freshly caught from the sea or freshly picked from the garden, which all – without too much manipulation – have the ability to touch you. A good, fresh, ripe tomato is the best example.”

Who would you be most honored to have as a guest at your dinner table who hasn’t come to see you already?

“Anyone who is interested in getting to know my cooking. Genuinely interested diners always make for the best guests.” 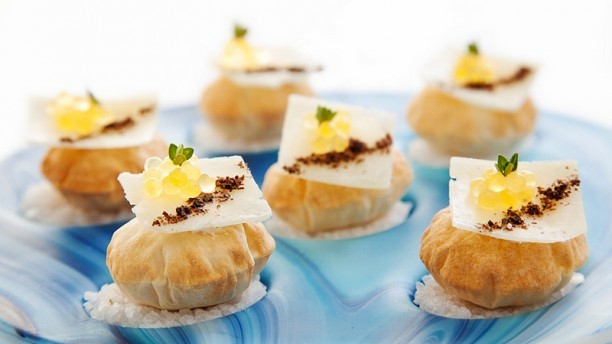 What food do you enjoy most that you’d rather not admit to the world but secretly do love?

“I always use pizza as an example – an elaboration which has been grossly mistreated. I would’ve loved to have been the one who came up with the idea. I’m pretty sure I’d be one of the most loved people in the world. In my eyes a pizza makes you happier than a telephone.”

Is there a food trend that you’ve witnessed become popular at some point in your career that you rather hadn’t seen happen at all?

“At this moment in time we receive a lot of manipulated information about the food we eat. Products in their natural form are disappearing and so often what arrives to the shelves of our supermarkets has been altered somewhere along the way. The quantity of sugar we eat nowadays exceeds historical records and prepared foods assault our supermarkets with offerings that are usually very poor quality. In essence, increasingly, I understand less and less of why – if we have more information than ever – we generally eat so bad.”

We, and our chef readers, always like to ask: what is the biggest mistake you have ever made in the kitchen? (As in, real “¡Ay, mierda!” moments …)

“Mistakes are necessary. I have made many mistakes and that’s exactly one of the missions a Head Chef must learn to accomplish: you must make mistakes in order to know how to solve future mistakes. The most important thing is that mistakes don’t last long and that the number of guests who will eat dishes which are conceptually unfinished or that in itself are a mistake remain minimal. Cooking is team-work and because of this, mistakes will and must always be present.”

If there was only one food group – meat, fish, vegetables – you were allowed to work with for the rest of your life, which one would it be?

“Vegetables. Besides the fact that I love them I really like working with them. And, on top of that, they’re good for you too.” 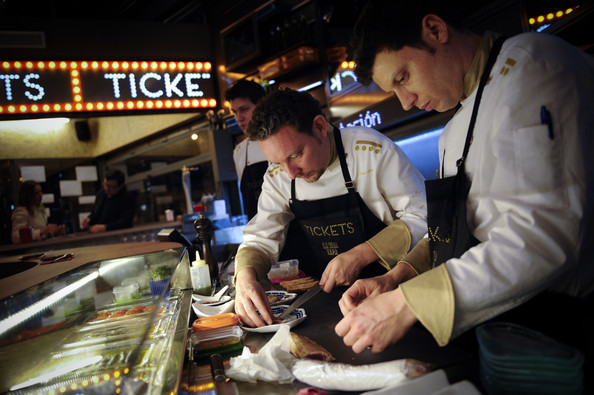 Rankings, awards, accolades, we all see them as reasons to drool, covet and find ways to try your food. How do you feel about all of this? Did you walk into your first kitchen and make stars your goal or did it just sort of happen?

“Accolades and awards are only a consequence of a job well done. The key is not to look for anything and to only work and strive for a full restaurant.”

You’ve accomplished so much in your career already, are there any big goals left?

“Absolutely! I like being ambitious. I still have some things on my list but only destiny will tell if they will come to be.”

Chef Albert Adrià is currently working full-time on the conceptualization of Season 4 at Heart Ibiza 2018 (a joint venture of elBarri group with Cirque du Soleil that seeks to explore the combination of art, music and gastronomy) and his recently announced multi-space project in New York City which he is developing in collaboration with chef José Andrés. The opening is planned for the end of 2018.

Make sure to book a seat (early) at Tickets or any of elBarri group’s other culinary concepts on your next Barcelona visit!